One of the most common requests we’ve gotten since we launched the Kickstarter campaign is to support dual-band traffic on both 978 MHz and 1090 MHz.  We were expecting those requests, but we were really surprised by the number of non-US pilots asking us for a 1090 MHz-only traffic and AHRS accessory.  The weather data on 978 MHz is only available within the US from the FAA NextGen system, but traffic and backup attitude information are valuable tools for every pilot world-wide.

At launch we decided to focus on weather and AHRS as the biggest “bang for the buck” features.  But our loyal fans and would-be backers have spoken!  So today, we’re adding two new configurations with 1090 MHz traffic support:

We have spoken with the most popular app vendors in Europe, Australia, and New Zealand, and expect to have full compatibility with these apps at launch:

Now, we will be supporting four Bad Elf ADS-B receiver models via our Kickstarter campaign: These new configurations are available on our Kickstarter page today! Please spread the word to your fellow pilots. We have only 28 days left on the campaign. We have already seen 500 leaders in the aviation community step up and pledge their support. We need roughly 1,000 more backers to reach the funding level necessary to turn your pleas for affordable ADS-B into actual product. Are there 1,000 more pilots who will join us? Are you happy with the status quo? Are you waiting for someone else to make it happen?

Thanks again for all of your support!

If you are an existing backer (especially at the Early-Bird levels) and want to upgrade to one of these new configurations, please read the instructions below:

If you are a backer at the $299 or $449 level: Log into your Kickstarter account and select the new reward tier for the model you want. This will increase your pledge to the correct level.

If you are an Early-Bird backer at the $399 level: Log into your Kickstarter account, but don’t change your current reward tier! Just add $100 to your current pledge level. The total pledge should be $499, reflecting your $50 early bird discount. We’ll ship you the dual-band receiver model.

If you are an Early-Bird backer at the $249 level and want to change to the AHRS+978 model: Log into your Kickstarter account, but don’t change your current reward tier! Add $150 to your pledge (total of $399). We’ll ship you the receiver model that matches your pledge, preserving your $50 discount.

If you are an Early-Bird backer at the $249 level and want to change to the dual band model: Log into your Kickstarter account, but don’t change your current reward tier! Add $250 to your pledge (total of $499). We’ll ship you the receiver model that matches your pledge, preserving your $50 discount.

Before shipping any rewards next year, we’ll be in touch to get your address and confirm the exact model you’ll be receiving.

Any questions? We’re here to help. Just drop a note to kickstarter@bad-elf.com. 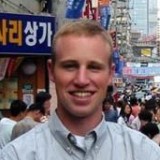 The new Phantom modules deliver a 30% gain in battery life, superior performance, and scalable access to every GNSS constellation and signal